The Global Fuel Ethanol Market is expected to reach USD 115.65 billion by 2025, growing at a CAGR of 6.7%, according to a new report by Research, Inc. Asia Pacific is estimated to witness a fast paced growth during the forecast period. China, India, and Philippines are the key countries that are considered to positively impact the industry growth in the future. 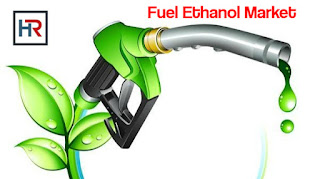 The government of India is currently drawing efforts on enhancing the use of ethyl alcohol as an automotive fuel. The National Policy on Biofuels was implemented in India in 2009, which stated that the oil manufacturing companies were required to distribute petrol blended with a minimum of 5% ethyl alcohol. Furthermore, this policy proposed a target of 20% increase in the blending rate by the end of 2017 in the country.

Growth of the automotive industry in India is another vital factor that is expected to enhance the consumption of the product over the years ahead. Government of India is focusing on making automobile sector as one of the major drivers of the ‘Make in India’ initiative. The manufacturing output of passenger vehicles is likely to reach approximately 9.4 million units by the end of 2026, as stated by the Auto Mission Plan (AMP) 2016-26.

Significant blending mandates in Australia, China, and Philippines are considered to drive the market demand during the forecast period. Australia currently has an E7 ethanol blending mandate implemented in New South Wales. Furthermore, Australia focuses on reaching a 10% biofuels mandate by the end of 2020. In China, nine provinces have proposed a 10% ethanol blends that include Jilin, Henan, Heilongjiang, Liaoning, and Anhui.

Request A Sample copy of This Report @   http://www.hexareports.com/report/fuel-ethanol-market/request-sample

About Us:
Hexa Reports is a market research and consulting organization, offering industry reports, custom research and consulting services to a host of key industries across the globe. We offer comprehensive business intelligence in the form of industry reports which help our clients obtain clarity about their business environment and enable them to undertake strategic growth initiatives.

Take a Bus from Hyderabad to Chennai

ClickReviewz™ Takes A Closer Look At The Shepherd’s Diet That Claims...

ABOUT US
iNews Planet is your news, entertainment, music fashion website. We provide you with the latest breaking news and videos straight from the entertainment industry.
Contact us: info@inewsplanet.co.uk
FOLLOW US
© © Copyright 2020 - iNews Planet
MORE STORIES